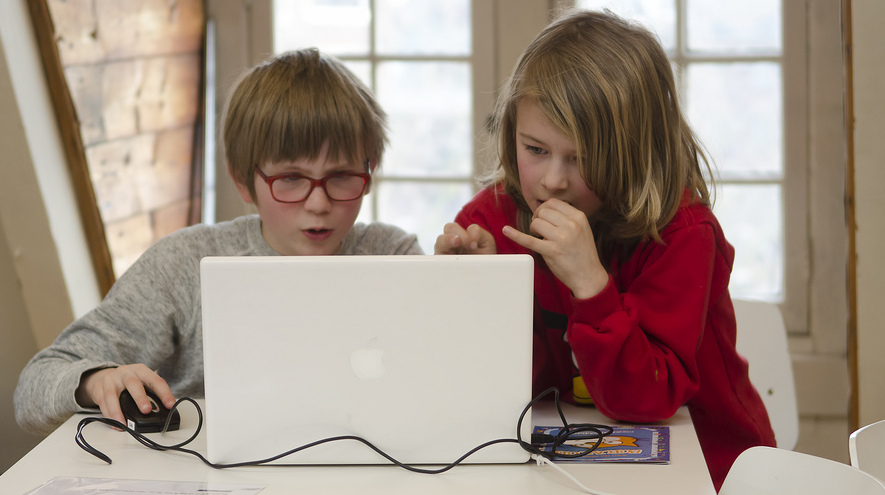 Recently I spent an afternoon working with a pre-teen named Tim. His mom is a client and she asked me to stop by and spend some time with her son. She felt that he was not able to keep his room neat and worried about things getting worse next year when he went to a new school.

When I walked in the room I saw a typical pre-teen space: school project poster-boards on the wall, a bookshelf filled with science books and clothes tossed here and there on the bed and on the floor.

Tim seemed excited to have someone in his room and he proudly showed off his things: a fish tank on his desk, a Star Wars action figure collection and his martial arts books. Everything looked, quite neat and clean. It all looked good. The problem? Clothes were indeed sprawled everywhere. There was a disparity between how sloppily Tim kept his clothes and how neatly he kept other things in his room. I was eager to learn why.

When we opened the closet, Tim frowned. When I asked him to tell me about the stuff inside the reason became clear: Tim’s closet was overrun by his brother’s hand-me-downs. Despite being a large closet, Tim couldn’t use the space fully as he was too short to reach the top shelves. And even if he could, or had a stool, the shelves were not available to him as they were stuffed with guest room quilts and linens, even an air-mattress in a bag.

I see this a lot. A family makes use of a child’s top closet shelves for overflow (on the logic that they can’t reach, so it doesn’t matter) and the child feels that the closet is not his or her own. To a kid a closet is a magical place. Even older kids love having a room-within-a-room all to their own. I made a note to self to chat with mom about possibly re-locating guest room items out of Tim’s closet, but first things first. With mom’s permission, Tim and I began a sort of clothes into piles according to him. I stood at the closet, pulled hanging items out one by one and held each before Tim. His job was simple: to tell me what each item meant to him.

Before long Tim was beaming. He was having a fun saying things like, “I wear that all the time,” or “That belonged to my brother Jack” or “That doesn’t fit me anymore.” Once in awhile I got, “Oh, I love that!” or “I forgot that was there!”

It was clear to me that Tim had a distinct fashion style, and it was very different than his older brother.

While he understood it was good to take on his older brother’s hand-me downs (like a cool leather jacket from Abercrombie Kids) he just couldn’t see himself wearing it. In fact, the pile of clothes in the category That-Was-Jack’s-And-I-Know-I’m-Supposed-To-Like-It-But-I-Don’t grew so large, it was quickly apparent to me that the source of Tim’s clothes-on-the-floor problem was that his closet hanging rod was tied up with stuff he never wanted to wear. So, rather to bother to even go into the closet to either look for or put away clothes, he would just keep his favorites out in the room and store them on furniture or on the floor.

When we were done we were surrounded by three piles: Stuff I Love, Jack’s Old Stuff and Stuff I’ve Outgrown. We asked mom to come in.

I explained to Mom that we would love to make the entire closet accessible to Tim. And, to remove many of the things that were not his. Did we have her permission to get some things out? She was thrilled. She did not realize that so much of her eldest son’s things were still in her youngest son’s closet. In her mind they were just clothes. She was so happy that there was a simple solution to get things started, and get Jack on the road to being a cleaner boy in his room.

I see this a lot. Kids with an innate sense of order who fall short in one obvious area, and it shows up almost like a behavioral problem in the home. Tim’s mom couldn’t understand why her normally neat kid was so messy, until we pointed out that there was more at play here than just disobedience.

With his mom on board, Tim learned he could ‘say no’ to clothes he doesn’t like. And, that clothes he does like (but that are still too big) could live on a high shelf, and no longer be in his way. Soon, the closet transformed to reflect his style. Tim was thrilled. He said:

I love having a place to hang my clothes. I didn’t do it before because there was no space. I like when my room is clean!

What concern do you have about your child’s room?

At the top of the summer I had the pleasure of spending two delightful two days in Wicker Park, Chicago.…

Rodney is a talented visual artist and entrepreneur. A few years back I helped him to organize a storage room that he…

How do you declutter and refresh a 114 year old country Inn in under a week on a shoe-string budget? With…