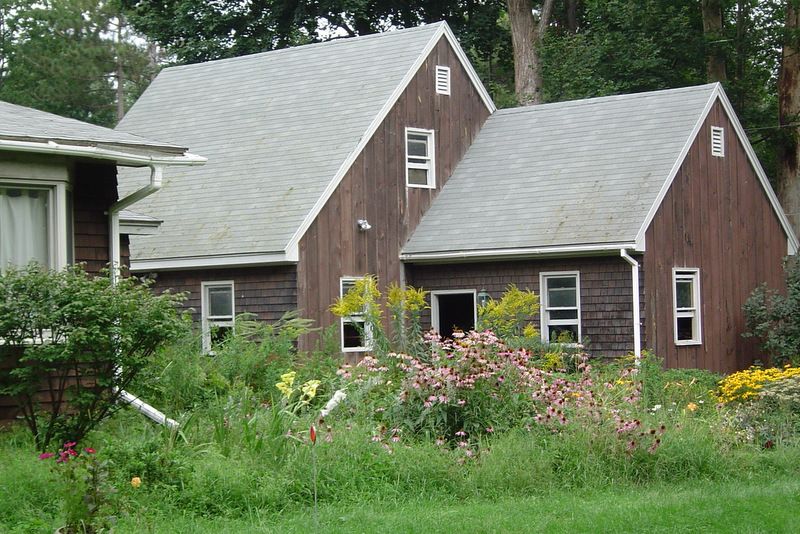 For many years I’ve been meaning to take pen to paper (or fingers to keyboard) to write about this topic. It took me awhile, I guess in part because I am dealing with my own issues around aging parents and their stuff. This week I’m giving a talk on Aging & Clutter at a senior care center and it prompted me to finally get down my thoughts on this very important topic.

When I was growing up older generations had homes filled with interesting bric-a-brac and fun things to explore and look at. I mostly recall my grandparents and my friend’s grandparents aging at home, with some of them moving to senior homes later in life.

When they passed, there was always this interesting period of time where mementos would come into the home. Suddenly an old clock would appear in the middle of room. Or new china would grace the dining room table. I recall sadness and mourning, but not angst.

These days, when it comes to aging and clutter, there is much angst. On average people are living longer, which is an amazing thing. But with more years comes increased health issues, financial pressures and self-care restraints. As a result, increasing numbers of seniors are downsizing, leaving behind family homes they’ve lived in for years.

It’s human nature to own things. So having things as we age is not the issue. But how much stuff we have in our homes is. As a society we are hurdling towards volume overload in all aspects of our home environments. We buy because we can. And most homes facing a downsize are dense with stuff, from decades old traveling companions (like memorabilia or clothes from younger years) to items purchased just last week. When you try to squeeze an elephant into a tea cup, the teacup overflows.

The clutter spectrum, from visual to mental

When I ask at workshops ‘what does clutter look like?’ I get a range of answers, and I love this. It’s a recognition that clutter is not meant to be narrowly defined. There are three types of clutter I commonly see in my work, and that people share is going on in their lives:

Obvious clutter is things like piles in the corner, buried desks or countertops, or walls or floors that haven’t seen the light of day in years. Obvious clutter is easy to recognize, kind of messy and in our face, and from time to time off the deep end, like deep collecting or on the hoarding spectrum. While obvious clutter is takes up space, it’s not always an issue for the person living within it.

Do you know homes that are generally tidy, but if you caught it on a bad day you’d find hidden mess, like a jam-packed closet or secret junk room? It’s common for loved ones or caretakers to be shocked over the discovery of one untenable room, or a mess in the attic. Don’t be fooled by a home’s outward appearance. Many people work hard to keep yucky stuff out of view, but are hiding clutter nonetheless.

For some, the dislike of clutter is so strong it affects their lives. The mere thought of mess puts them in a panic, and they do everything they can to stop it before it starts. They often live in homes that are pin-perfect. They tend to be unsentimental, with things ‘no longer in use’ going right out the door. I call this invisible clutter because the clutter is often still there, it’s just mental. People who live this way are often not open to experiencing a home, the good, the bad and the ugly. The truth is, it’s often people who avoid clutter who have the biggest issue with it, and not those busy lived in homes.

I grew up with grandparents on either end of this spectrum. On one hand were my dad’s parents. They had a home that was neat, tidy, very Architectural Digest. It was lovely and cozy in its own way, but you didn’t feel comfortable leaving anything out for too long. Bags went straight to bedrooms, dishes weren’t left long in the sink, and the dining room was always ‘at the ready’. On the other hand was my Grammy, my mom’s mom. Her home was lived in, with rooms overflowing one to the other, and tables lining hallways covered with ‘this and that’. Her pantry spilled into her kitchen, you could eat anywhere, and we did.

My grandparents came from the same background, and lived in the same town ten minutes apart their entire lives. Their styles were less an issue of resources, and more of an issue of personal choice. Neither was home better. Each reflected the personality of the people living within, and I felt equally at home in both. My childhood was spent shuffling back and forth between these two worlds, and it taught me not to judge.

The best way to have a conversation about clutter is to not call it that at all. Instead, focus on the happiness of the people living within a home, and overall functionality of the space. In this age of labeling, we are quick to label each other. If you can’t stand mess you are OCD. And if your home is messy, you hoard. These things are real (more on this later), but for now let’s just say, it’s time to take a step back from labels and focus on what matters, which is the health & happiness of the person inside a home, and not on what the world thinks.

Let’s talk about aging. What are some of the unique issues that surface in the home environment as we age? Here’s a starting list:

Without a doubt, health issues tend to take a priority. For many, layers of medical supplies and paraphernalia enter the home, creating a new reality and layer of furniture that was not there before. Volume issues also become prevalent. Few people stay on top of releasing items no longer in use from the home as it happens, so decades of items can be found in any given home limiting available navigation space.

And some worry about what they are leaving behind. What will their children have to take care of when they pass? Is there a way to start taking care of it now, and how do we start?

I’ve heard many people say as they age they are ‘ready let it all go’. Personally, I noticed this for myself when I turned 40. My relationship to stuff changed, and I began to care less about material things. But do I still have a home full of things? Yes, of course I do.

There’s much more to write on this topic, including unique issues facing caregivers and kids. So stay tuned for more from me on this. And for now, enjoy the following blogs – my team and I have many great tips to support you on this topic:

The Definitive Guide to Spring Cleaning

How To Make Remote Schooling A Positive Experience For Your Kids

As featured in mindbodygreen.com.

Your COVID Kitchen: How To Reorganize For These Strange Times

As featured in mindbodygreen.com.